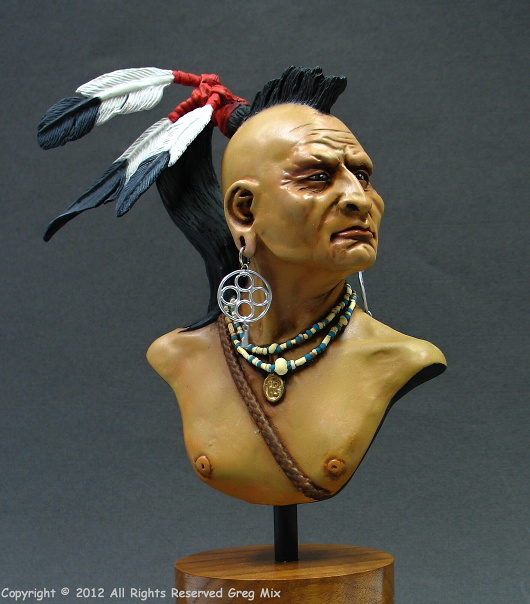 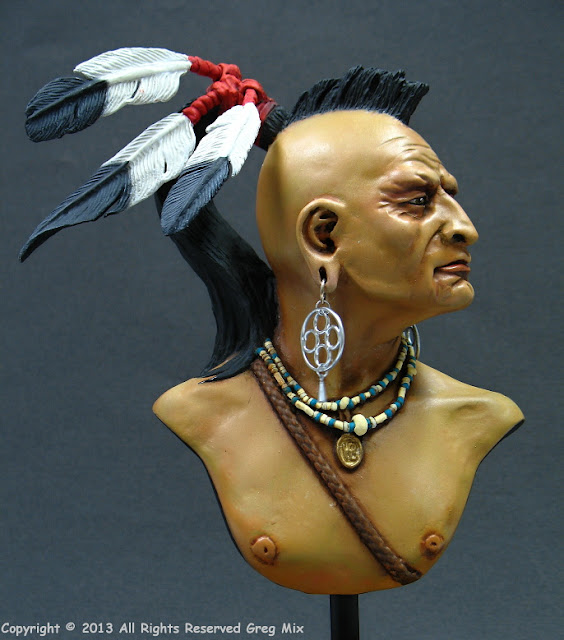 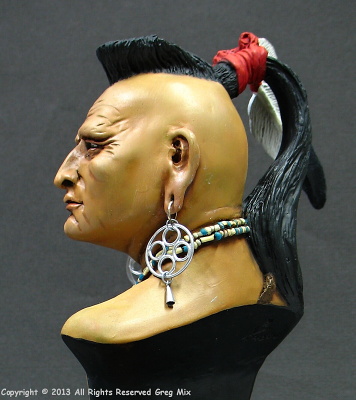 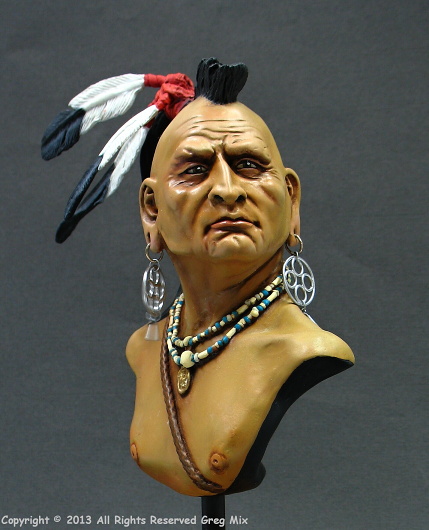 The finished bust is about four inches tall and was cast in resin by a company called Pony Soldier.  The figure was first painted in acrylics as a base color and then painted over with artist oils to give it life like flesh tones with shades and shadows.  The eagle feathers were cast out of resin and came with the kit.
The Native Americans of this period and this area and period wore jewelry in the form of large earrings, nose rings and necklaces made of shell, bone or glass trade beads.  I was inspired by the  paintings of Native American by Robert Griffing.  I scratch built the earrings out of brass wire formed around metal tubing and then soldered them together and painted them.  The conical points or cones hanging from the bottom of the earrings were made from the metal foil that comes wrapped around wine bottles.  The paint I used was designed for model jet airplanes with a polished aluminum finish.  I painted the beads of the necklace in flat pastel acrylic colors.
It was a great figure to paint and enjoyed to process.  A big part of the fun for me was researching the history and learning about the area where I used live.  I think I’ll go watch Last of the Mohicans one more time.
Posted by Greg Mix at 6:30 PM