The Ruins of Pompeii 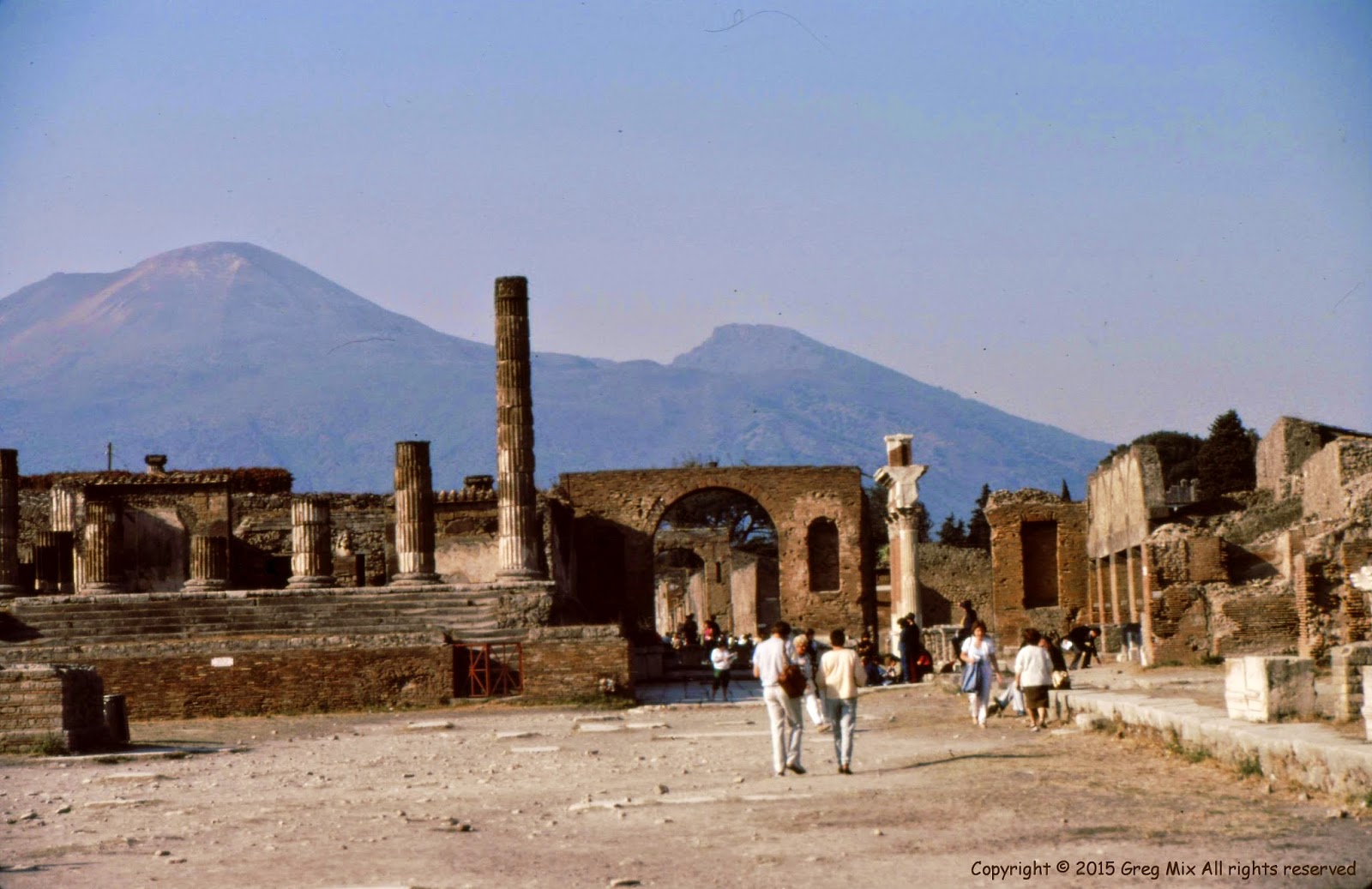 One has to see such a place as Pompeii in person to appreciate what actually happened here.  On entering the main gate, which was from the direction of the sea, you come up to the forum, which today is all cleaned up and looks fairly benign.  Architecturally, it must have been a very impressive classical Roman city.  It was in fact a Roman resort town for the wealthy elite. When you study drawings and reconstructions of what the buildings that made up this town once were it becomes even more impressive.

However, as you proceed out toward the outskirts of the town to the east or the south you begin to run into the un-excavated areas of Pompeii.  Here you will see how deep the entire town was buried and the destruction wrought by the rain of volcanic pumice and lava stones.  Imagine the fear and panic of those simple people who had no idea what a volcanic eruption with its pyroclastic flows of hot sulphur dioxide could do to them.  Inside the bath house just off of the forum they have several of the castings that were taken when the early archeologist found the hollows in the ash deposits formed when human bodies were buried after succumbing to the poison gas and ash fall.

Vesuvius, always just over your shoulder, is beautiful but menacing when one thinks that it could happen again at any time.

Many of the homes we visited, The House of the Faun, The House of the Vettii and The Villa of the Mysteries are all remarkably well preserved and I was impressed by the style in which these people lived. The spatial sequence of the homes is what impressed me.  In most cases they are quite similar.  One can look through the house from the front entry and see the entire sequence. The entry is a low dark narrow defensible space. Then the two story atrium with its great height, central pool (or impluvium) and skylight.  It is often surround on the second floor by a balcony which enabled the residents of this floor to walk around and look down into the atrium. The stairway was often hidden which made the second floor even more remote and mysterious. When it rained the rainwater would funnel from the roofs on four sides of the skylight down into the space and cascade into the impluvium.  Opposite the entry and across the atrium is the tablinum where business was transacted with the master of the house.  Beyond the tablinum was the open air garden or peristyle, surrounded by a colonnade which supported the roofs of the porticos.  One could walk around the peristyle under these porticos protected from the rain or the hot Italian sun.  Often times, on the far side of the peristyle would be located the triclinium or dining room.  People would lie on inclined benches around a central open area and be served food from slaves bearing trays or a table would be set up in this space.  The walls in all of these spaces were decorated with frescoes depicting life in this part of the world intermixed with scenes from mythology.  The entire house was enclosed by stone walls coated with cement stucco and therefore protected from whatever might be occurring in the ancient streets of Pompeii. 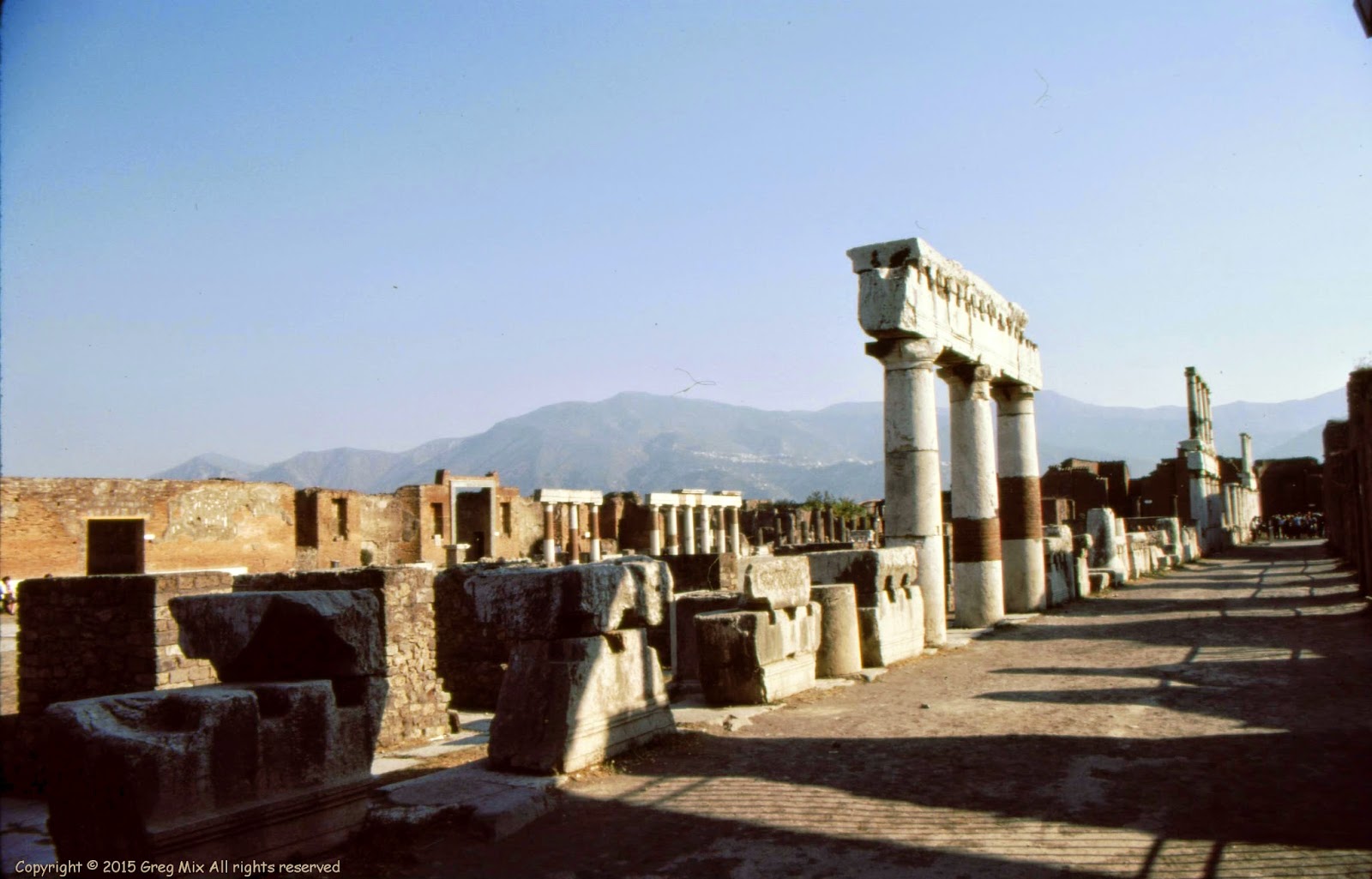 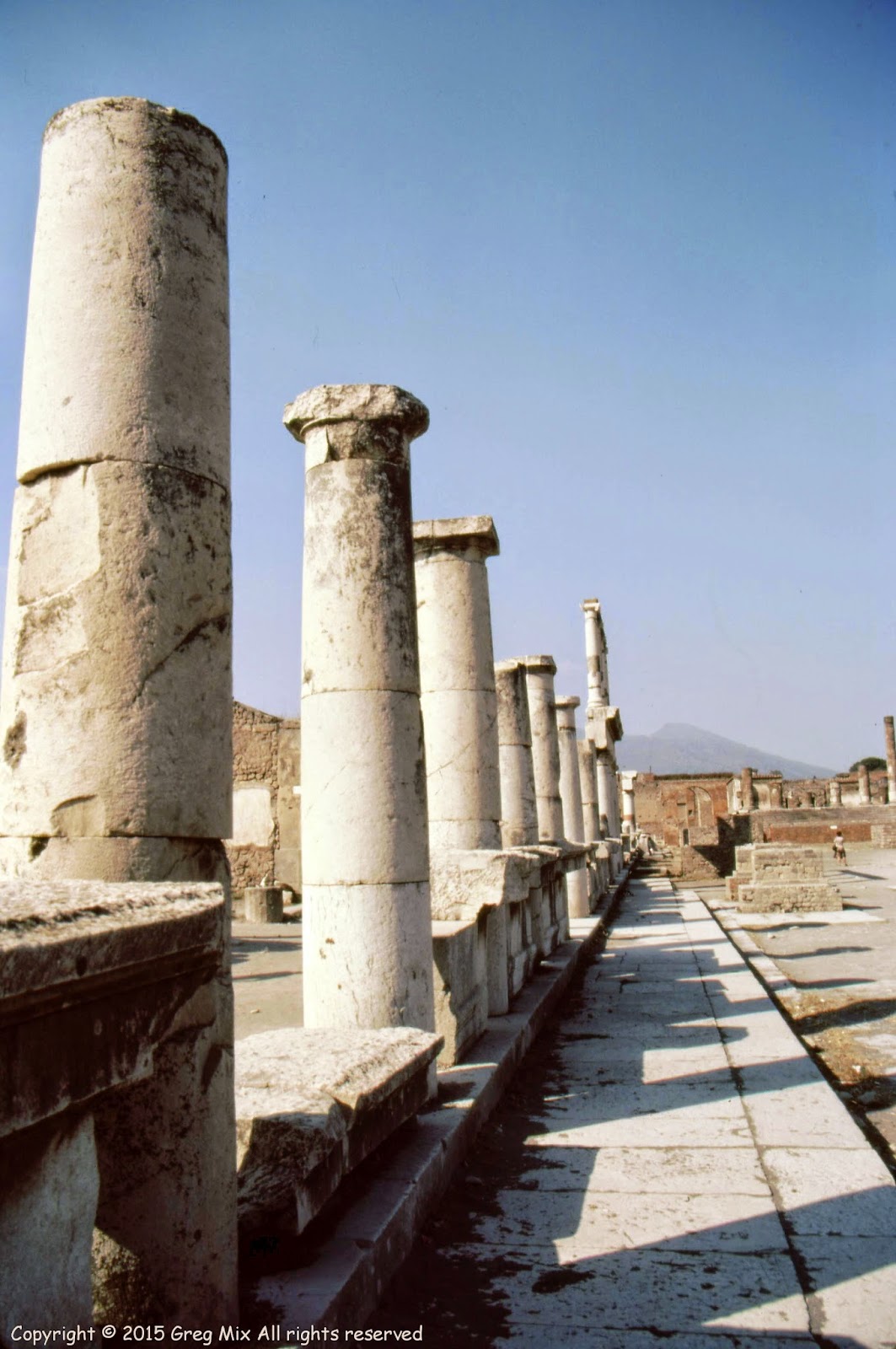 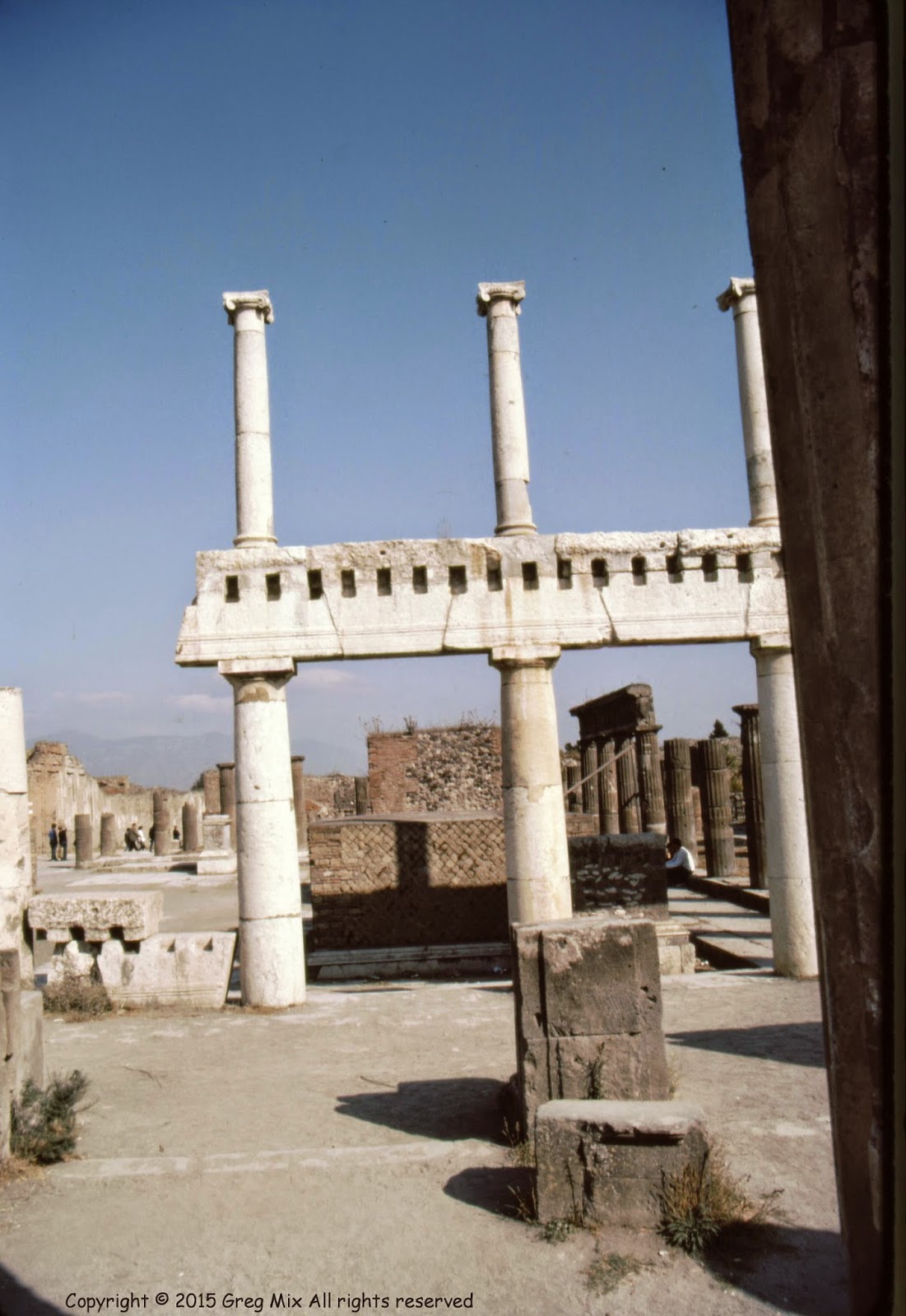 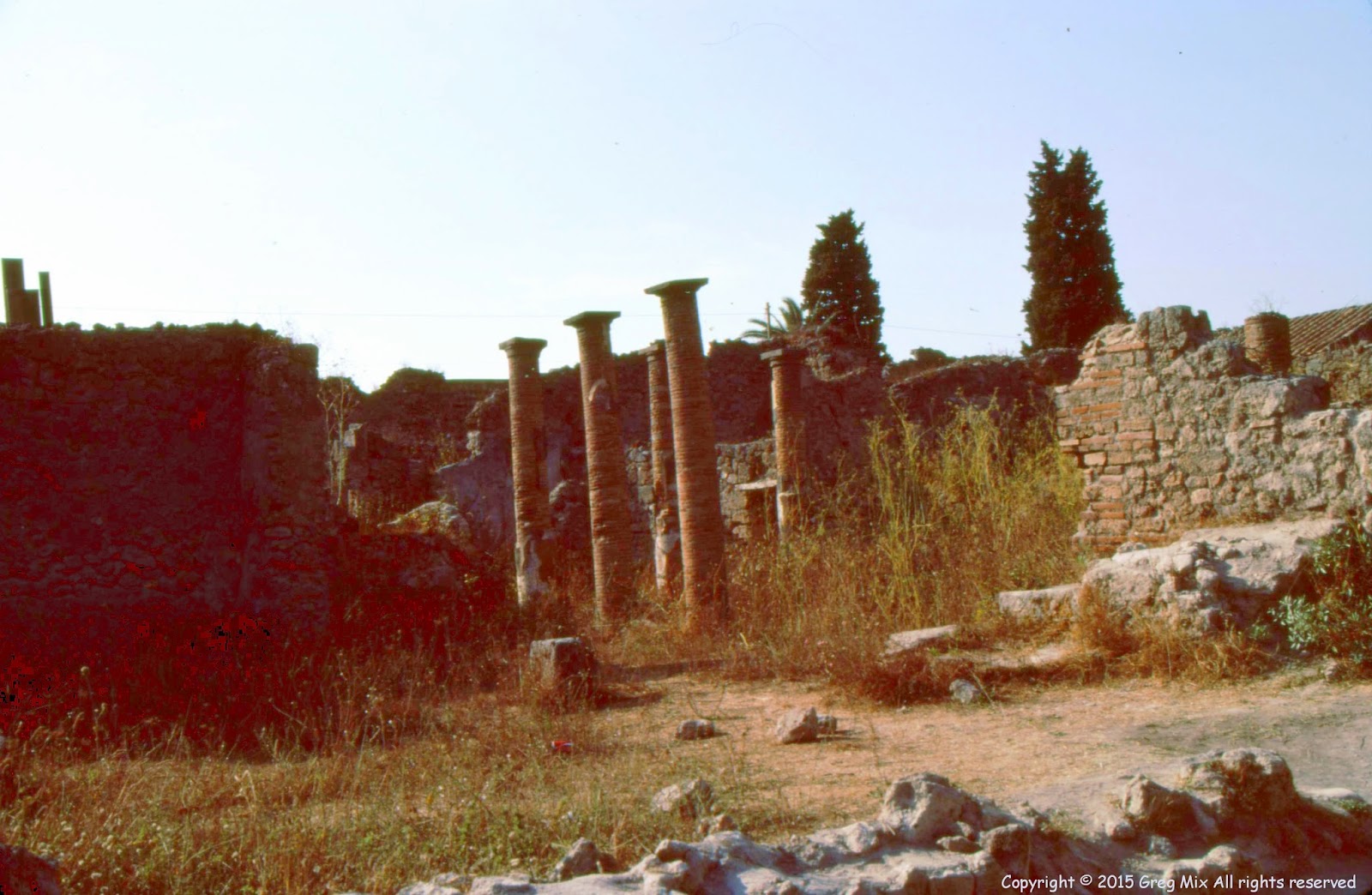 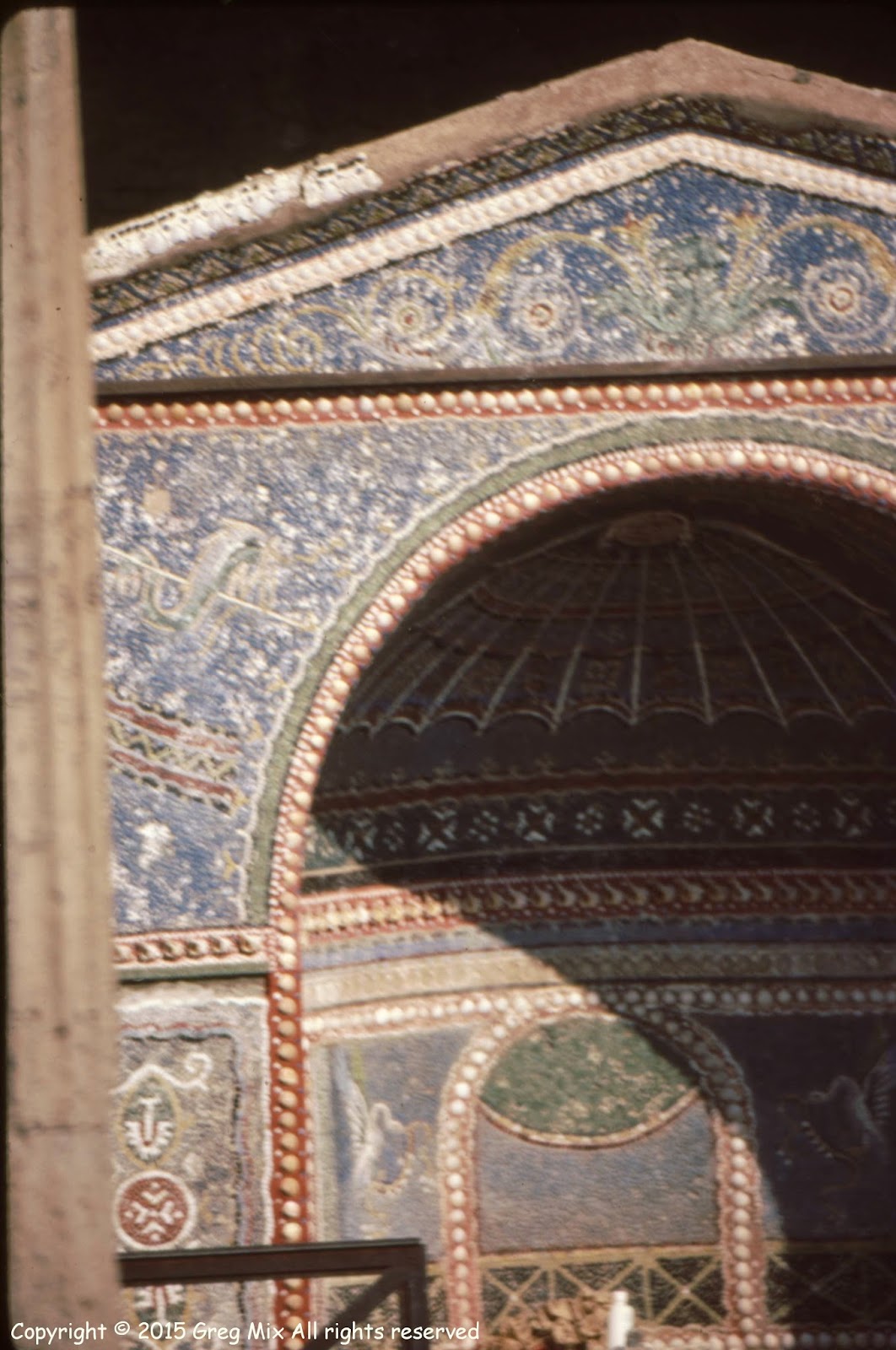 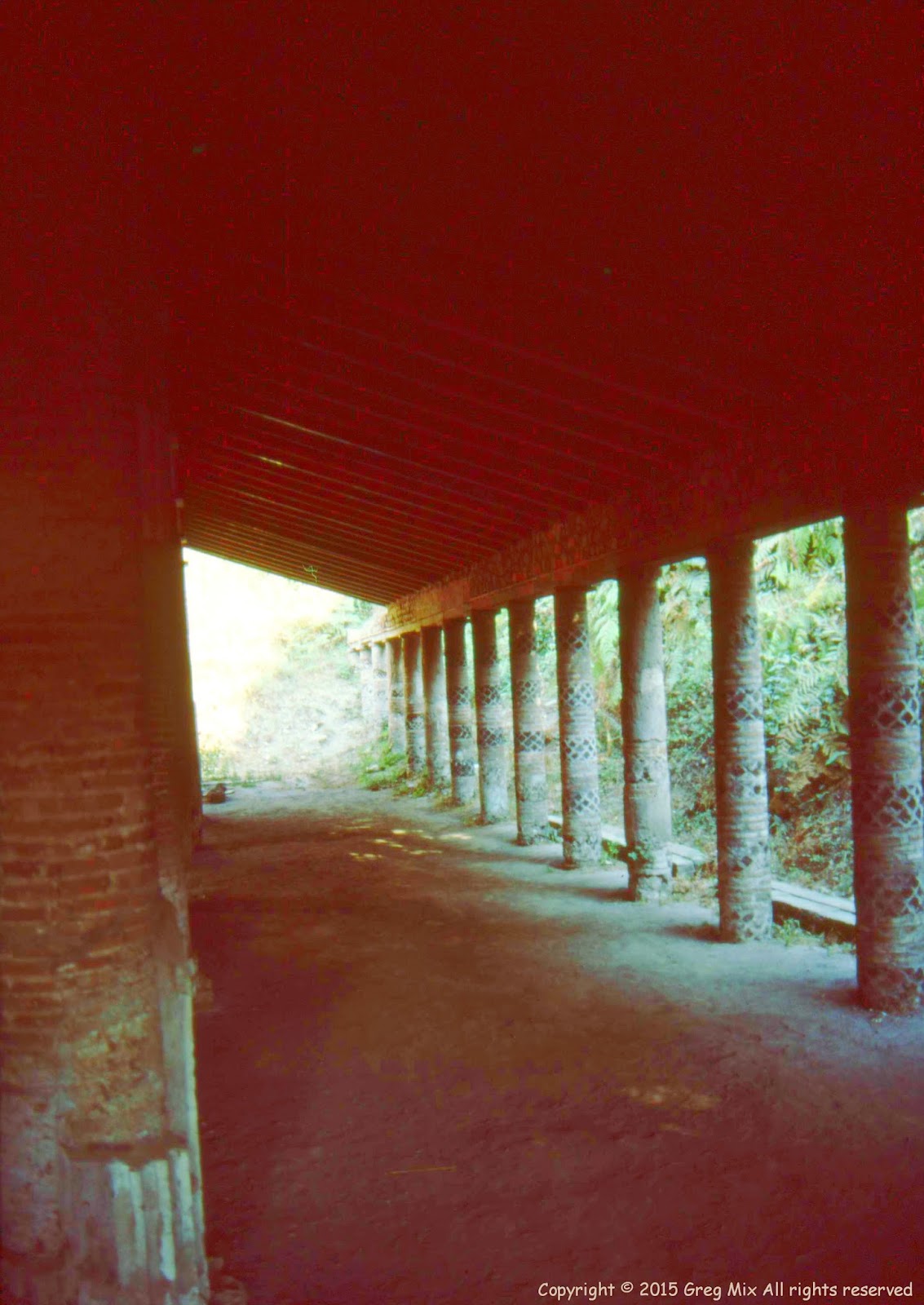 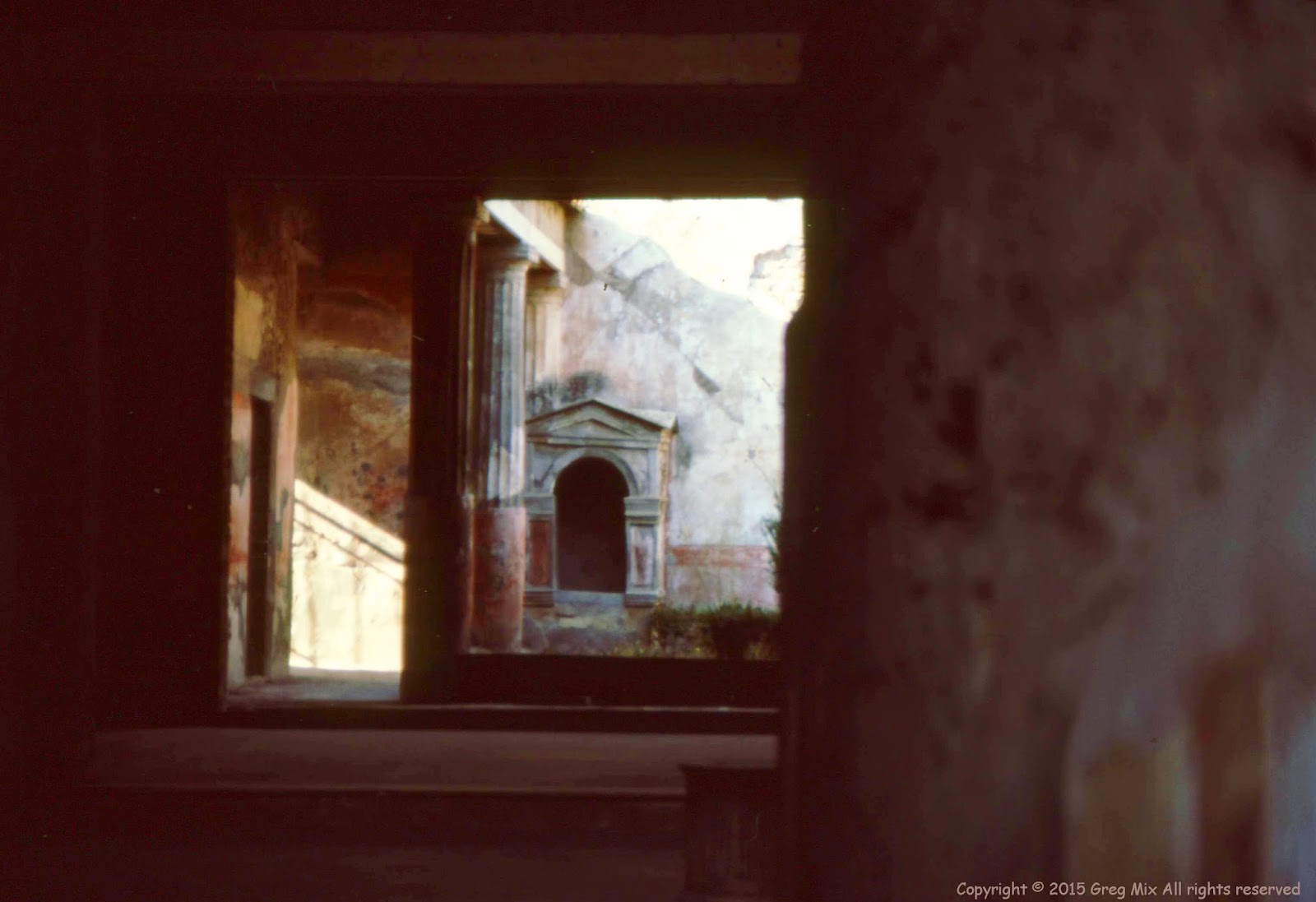