The Renovation of a 500 Year Old Home in France

While visiting the town of Saumur in the Loire valley of France we happened upon the work in progress of the renovation of a 500 year old home.  The 500 year old Maison des Chapagnons.

I remember my friend Francois in Paris had told me that each town in France had an architectural review board. Nothing is allowed to be built in France unless an architectural review board approves it and then it has to match the existing architecture of the village. Although the house was not new it still had many new additions including the workshop across the square from the front of the house you could not tell it from the rest of the homes in Saumur. 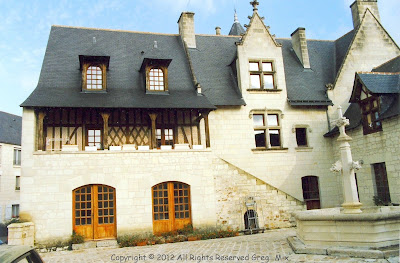 I was watching the workers cut stone for this new home.  One man was using a hand saw to cut a piece of fresh limestone while another mason was trimming a block of stone with a hatchet.  You see France sits on a shelf of limestone.  Just dig down about five feet and you can find all of the limestone you need to build with.  When it is first quarried it is very soft and easy to cut.  Once exposed to the air it hardens and becomes more durable.  Many of the finest chateaus in the loire Valley are built from this stone. The whiteness of the stones used here are perhaps from the Bourré quarries in the Cher Valle.

The house is actually used a school for French students who want to learn and help preserve the old building skills such as stone masonry, slate roofing, metal working and heavy timber construction. See this link for more photos http://erwan.levourch.pagesperso-orange.fr/sites_saumur.htm.  The name of the place is Maison des Compagnons and it is a part of The Association Ouvrière des Compagnons du Devoir du Tour de France.  here is a link to the schools website http://www.compagnons-du-devoir.com/. 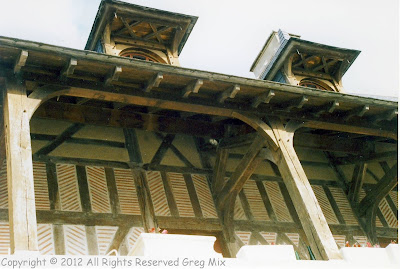 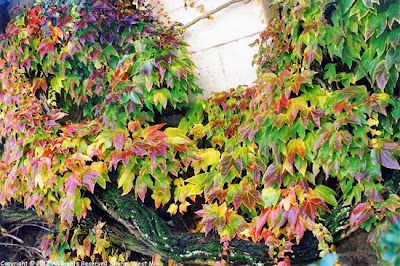 As you can see from these photos the walls of the house are cut stone, some of the walls are half-timber with brick and mortar infill, the porch post and roof structure are heavy timber and the roof is slate with lead flashing.  if you study the design of the roofing details, the workmanship of the slate roof construction you will see that this house could easily last a thousand years.  The timber work and trim work has been finished to look older than it is in order to match the adjoining buildings.  The structural connections of the timbers are done with wooden pegs.  This new house has small gargoyles on the top of the gable walls and it even has them on the medieval well in the courtyard.  The slate dormers on the roof cantilever out over the window in the French tradition.  Check out this video showing how these historic structures are worked on by the students http://www.youtube.com/watch?feature=player_embedded&v=7AQ6lPe8D84#! 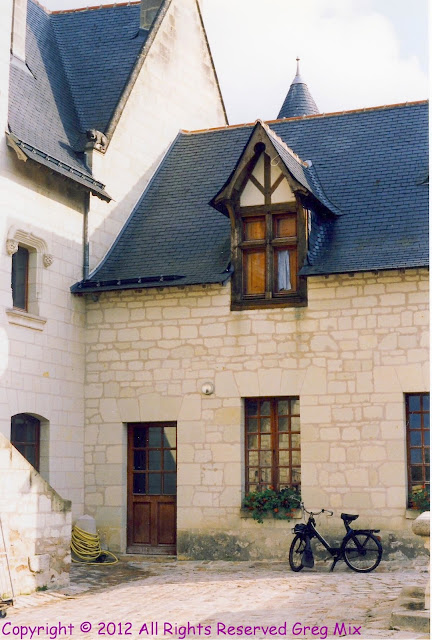 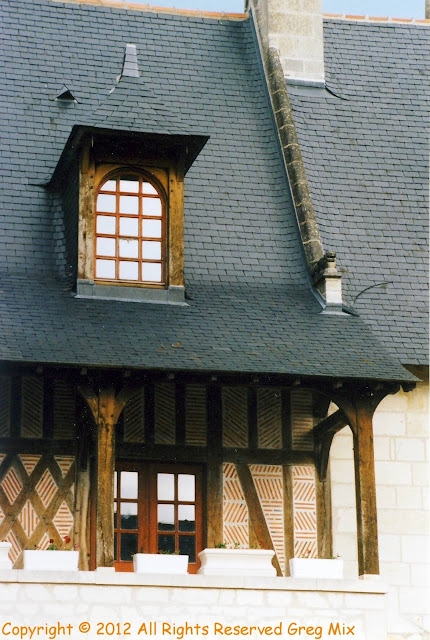 Castles of the Rhineland 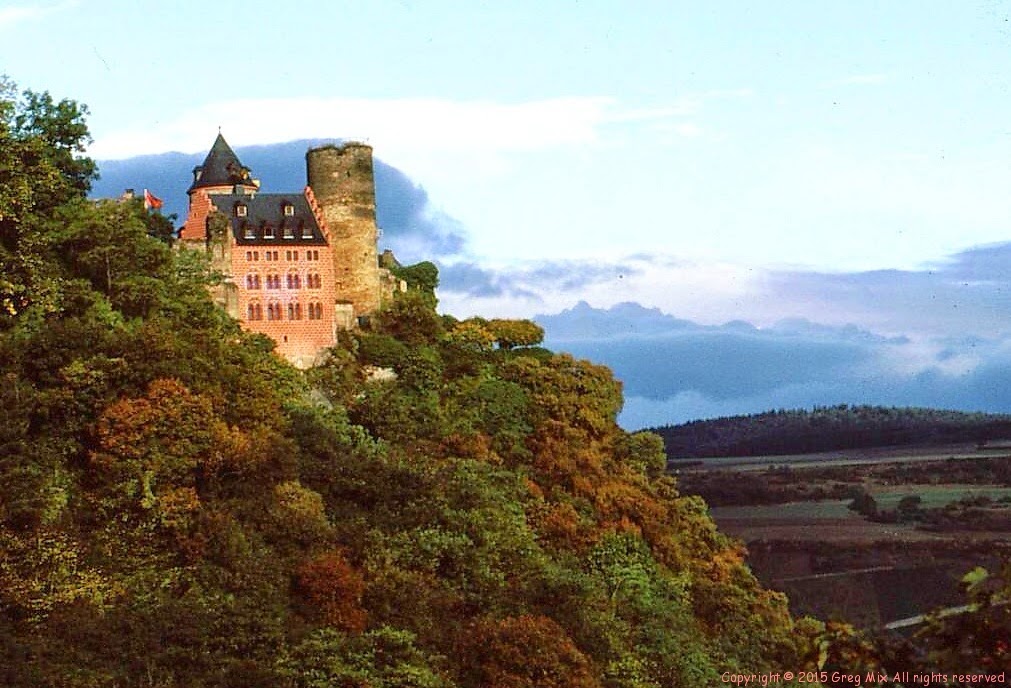 Here are some new slides of my last trip to Europe.  These trips to Europe have been an inspiration to me in practice as an architect ever since. 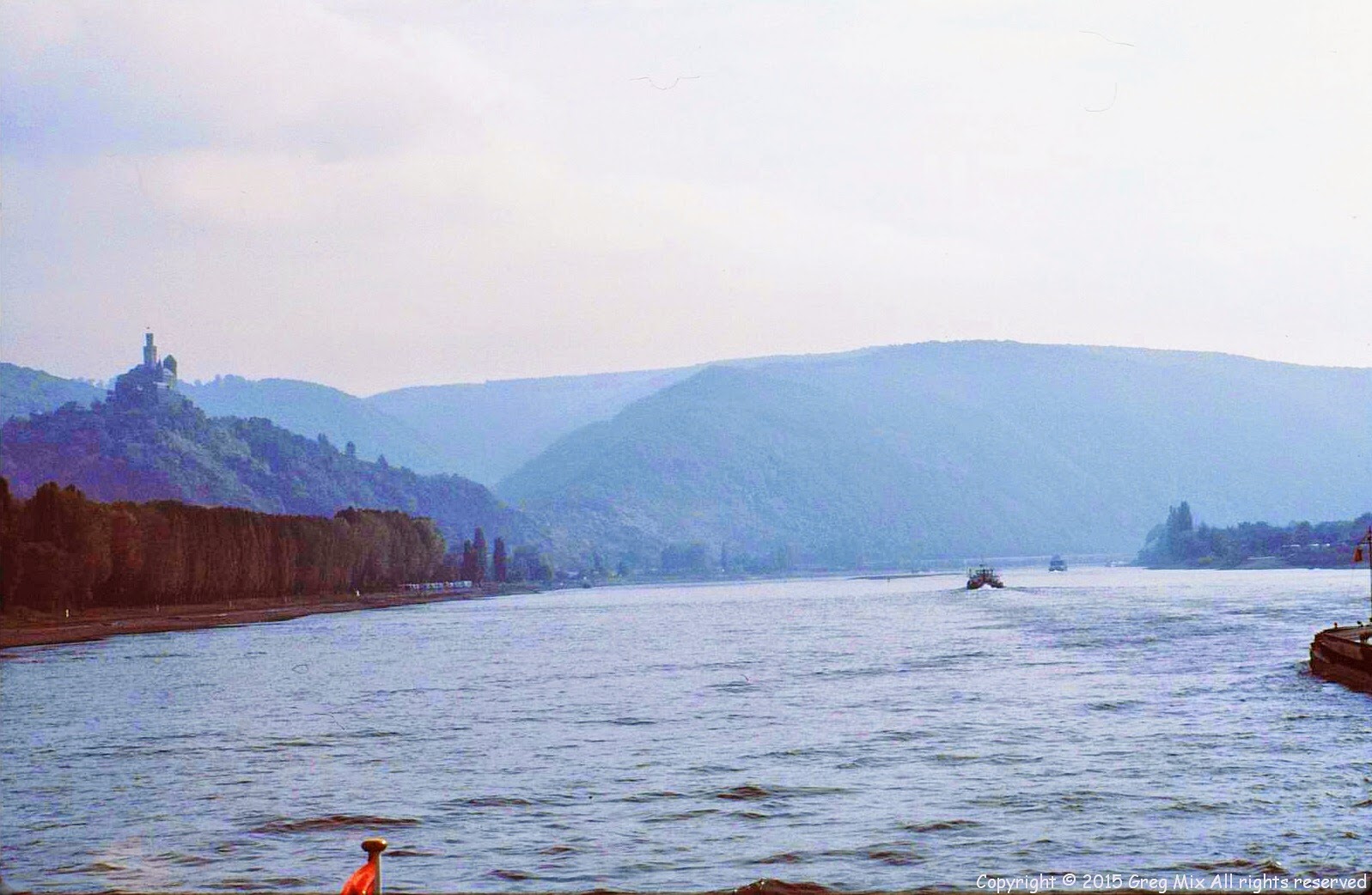 This collection is from my boat trip up the Rhine during a trip in October.  A side benefit to traveling this time of year is that many of the small towns along the Rhine are having their wine festivals and October Fest.

The boat tour started in the city of Koblenz and proceeded upstream past small medieval walled towns to the Castle Marksburg atop a the steep hill on the left.  We walked up that hill and took a tour of the fortress.  One can understand why they chose this spot.

Continuing up the river once again one sees even more beautiful churches, walled towns with turrets and ancient fortresses some dating back to the time of the Romans.  It was at the city of Koblenz where
Caesar built his famous bridge across the Rhine in order to invade Germany and defeat the German tribes (Nice Try).

As the day comes to an end I had a chance to photograph several of the old castles in silhouette. 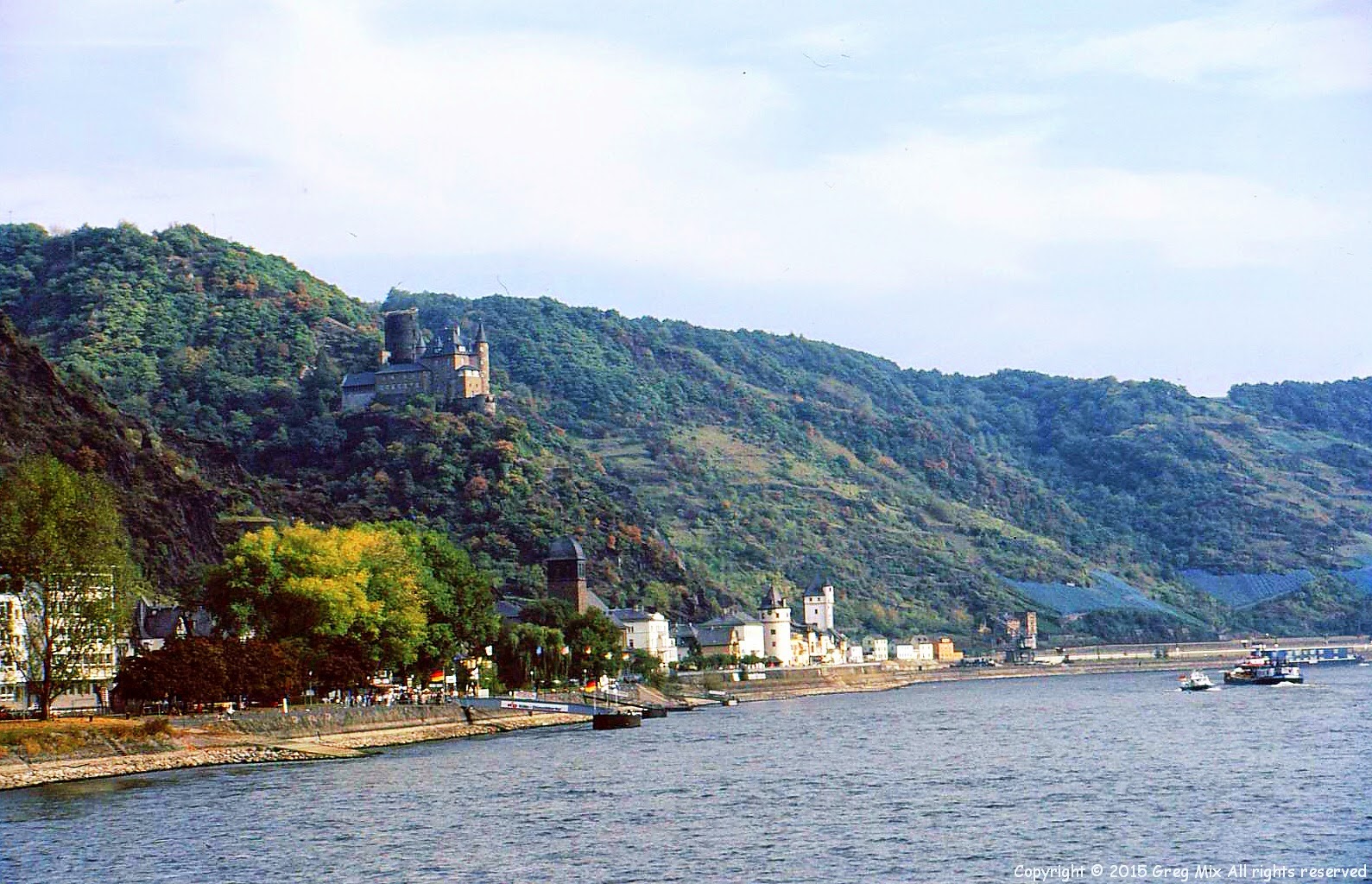 I spent the night a hostel on top of the hill above the town of Oberwessel.  The next morning I was greeted with these superb views at 7:30 in the morning. 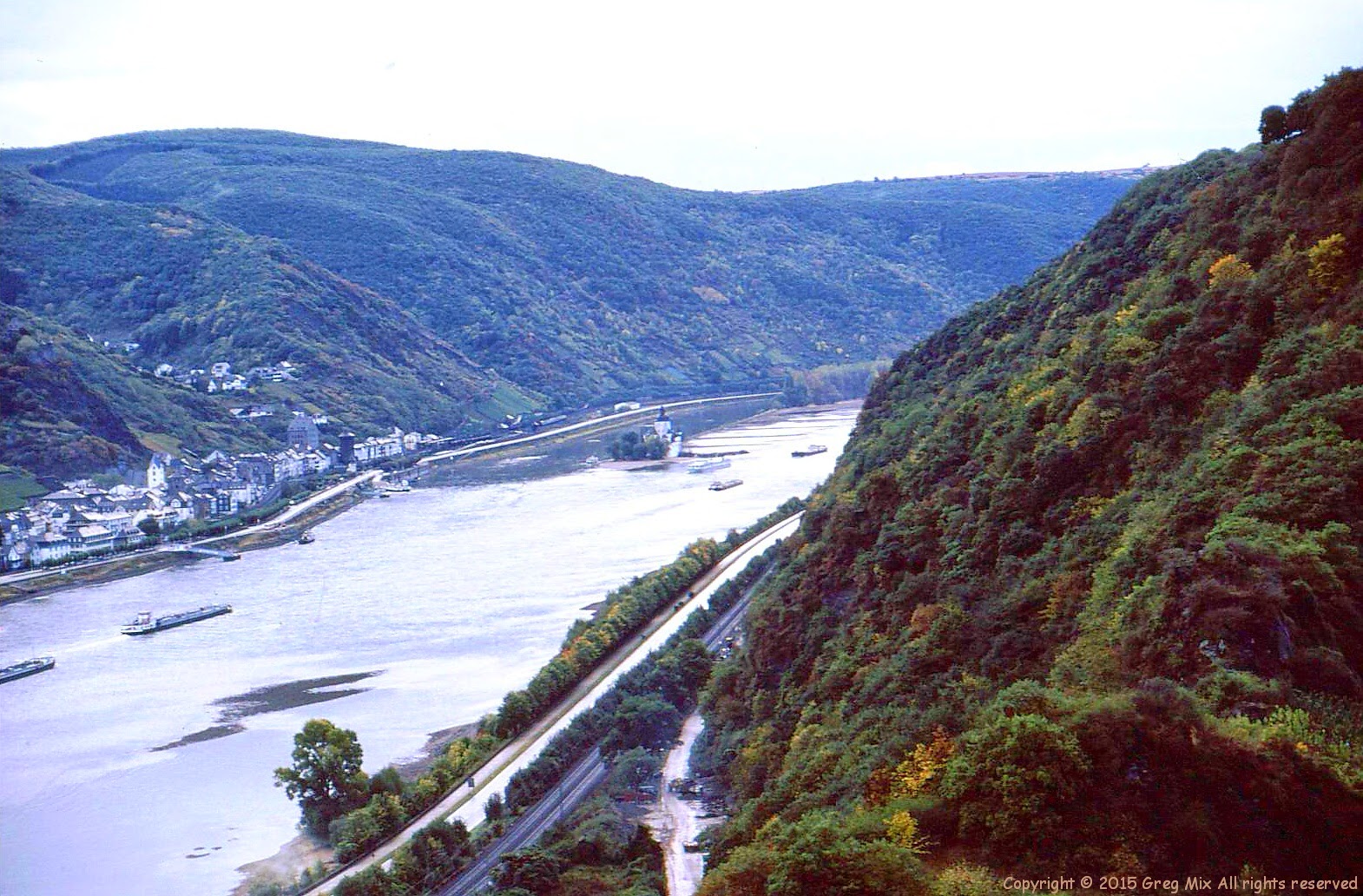 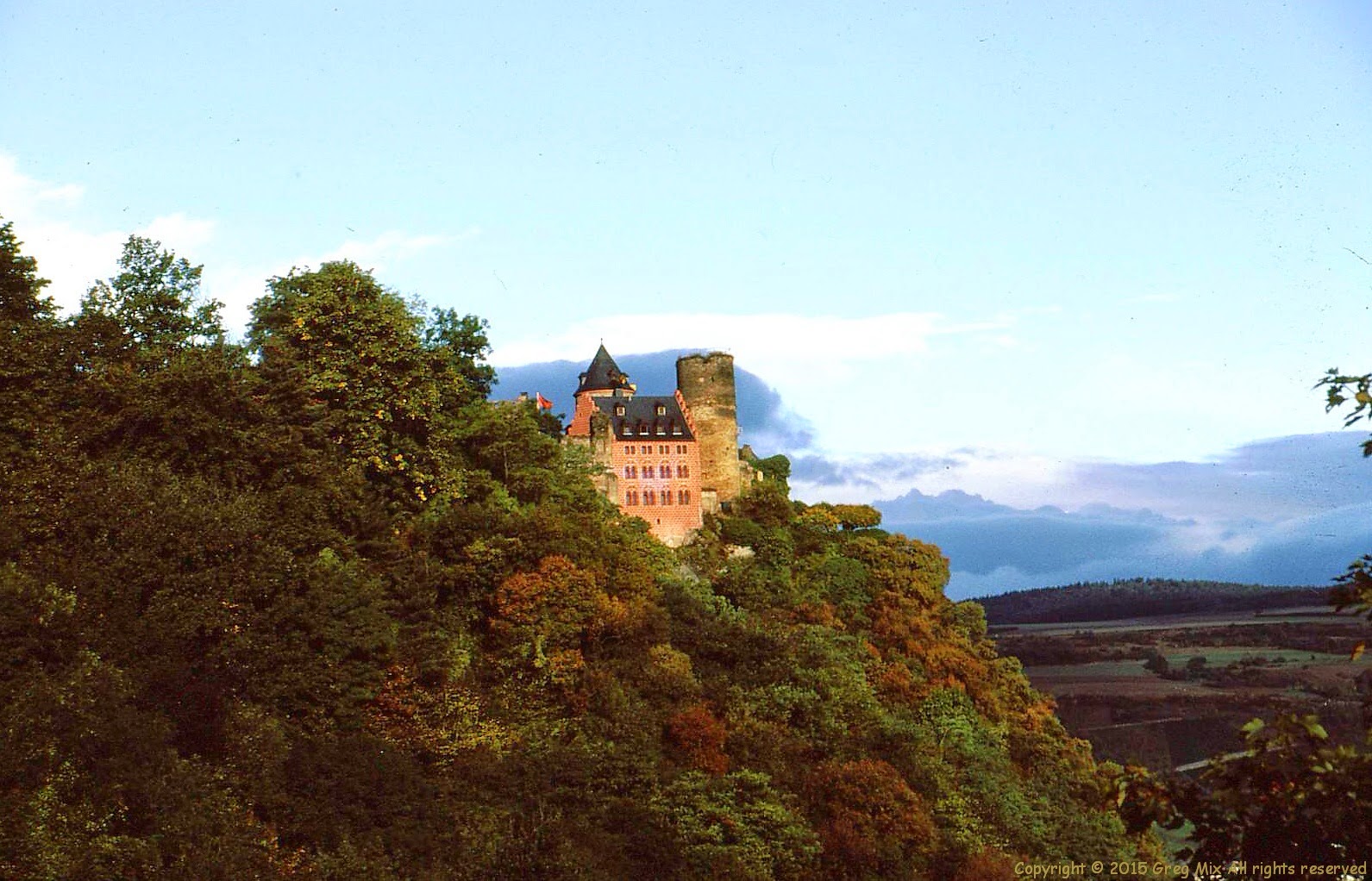 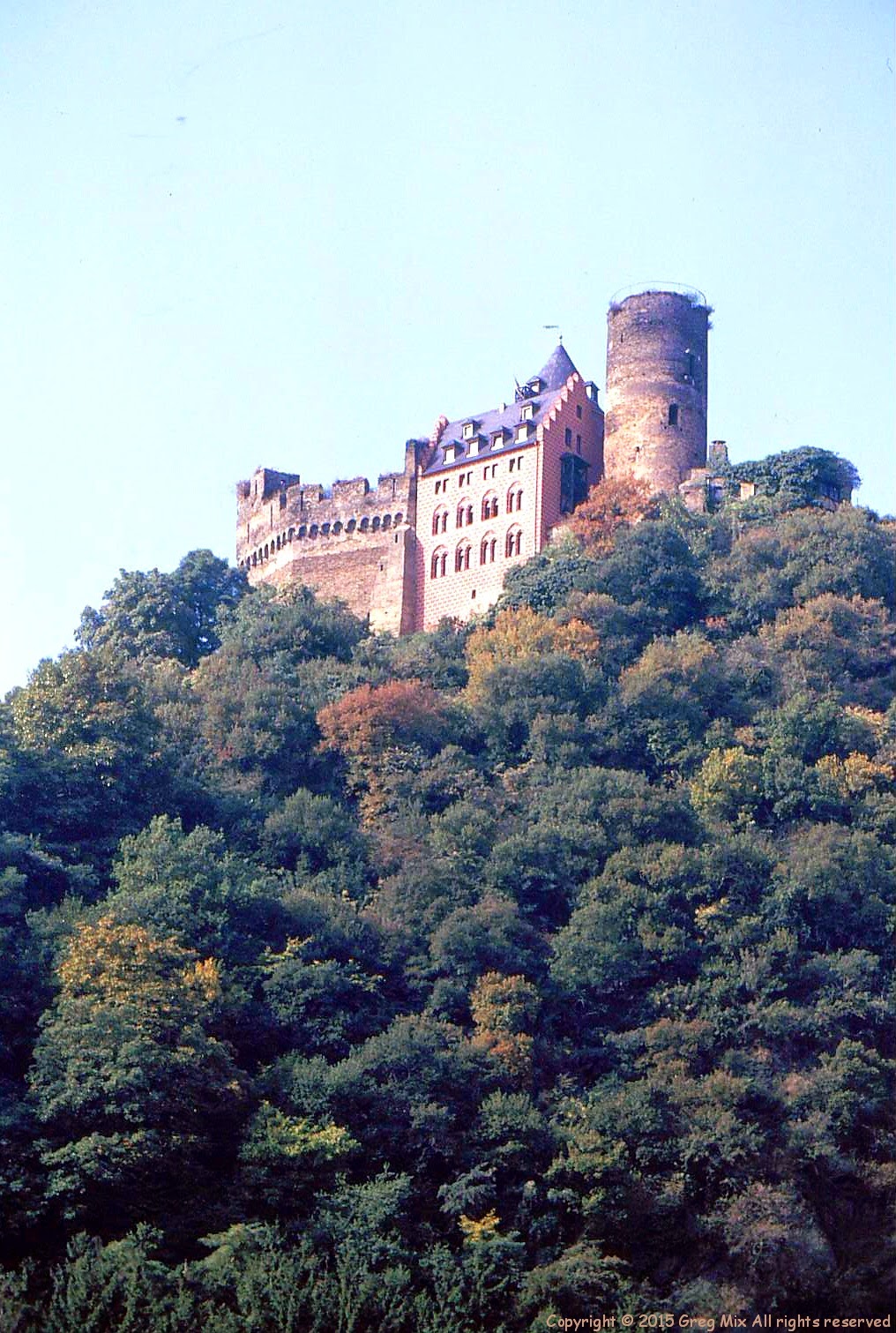 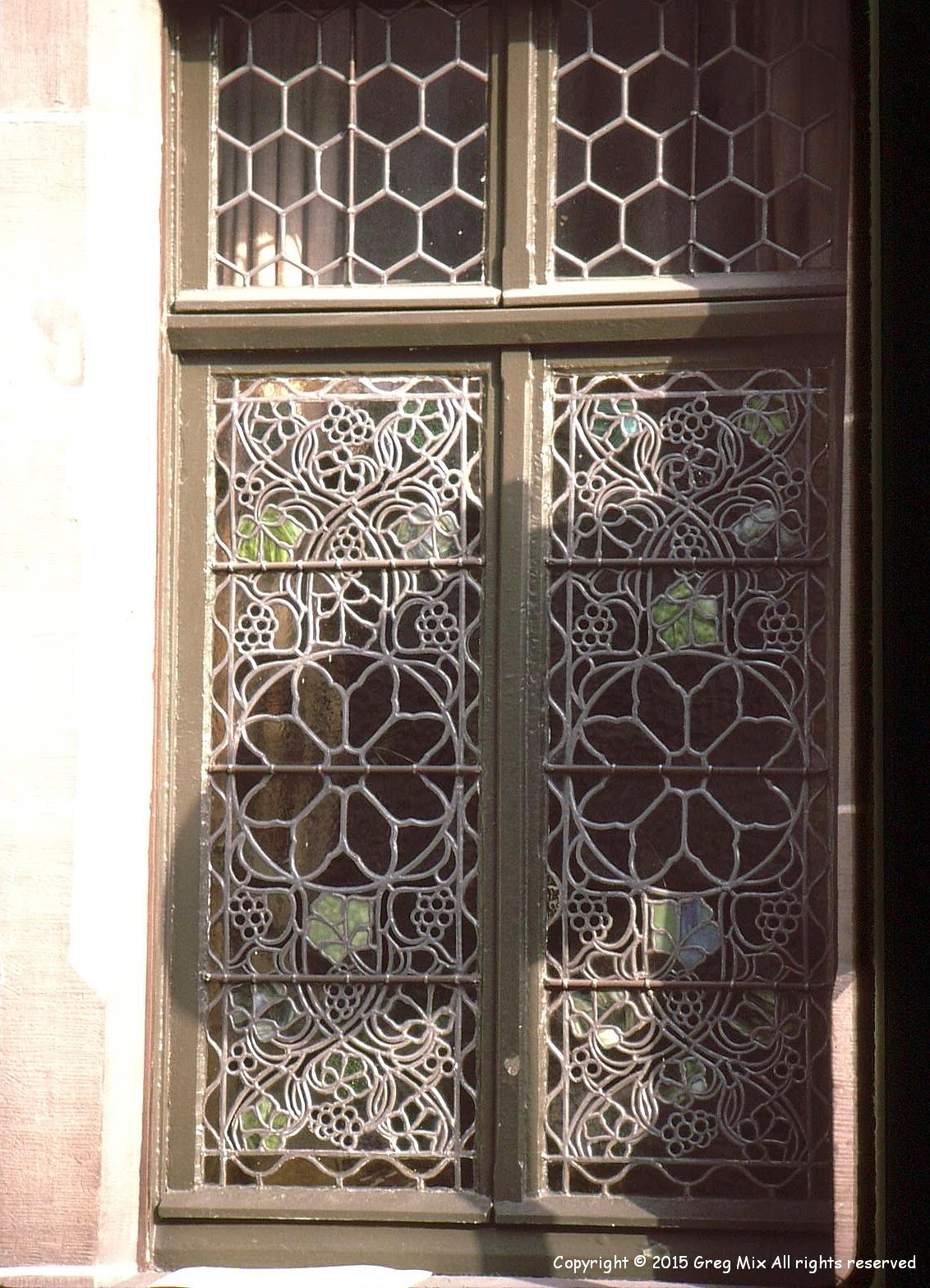 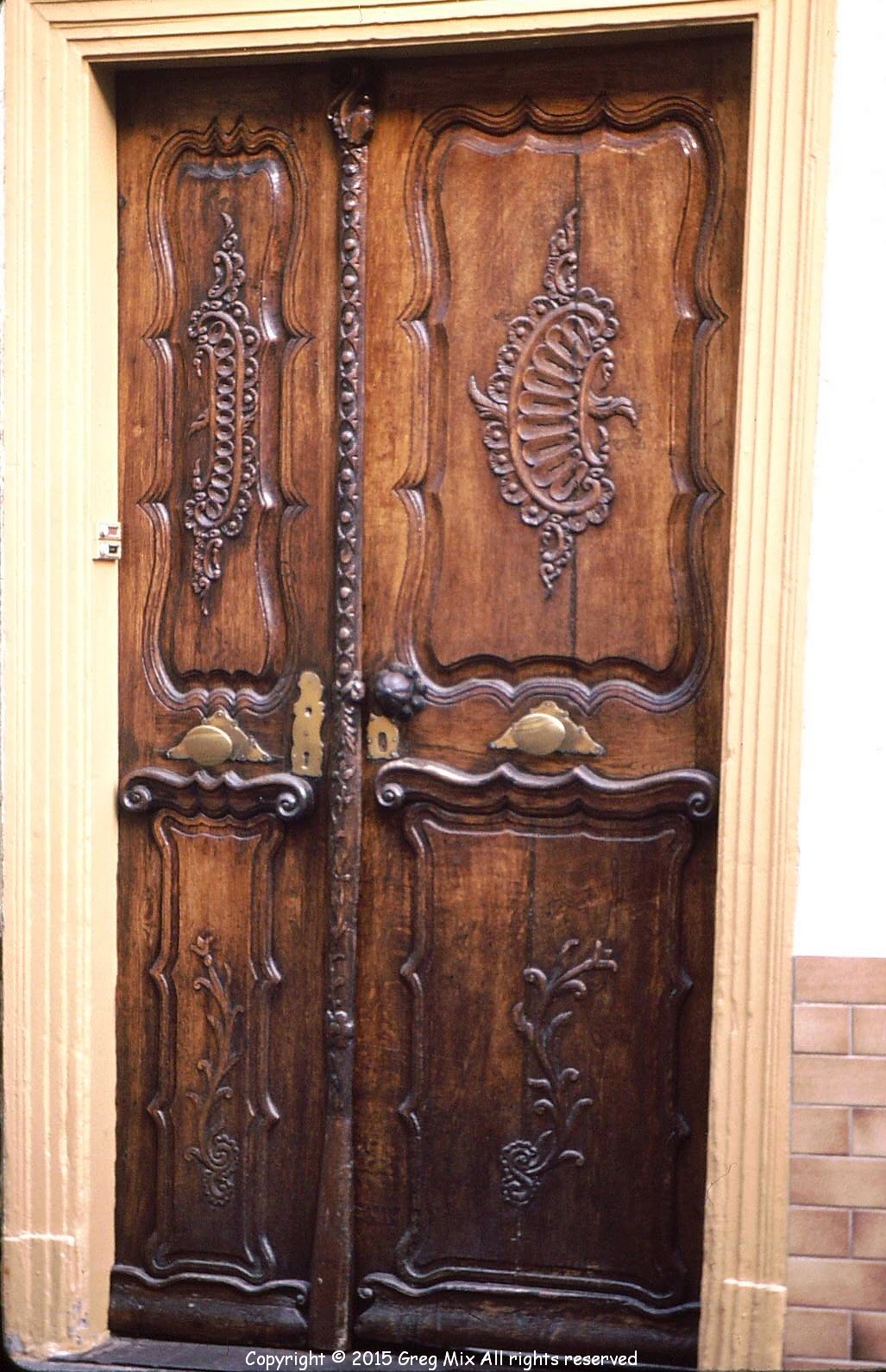 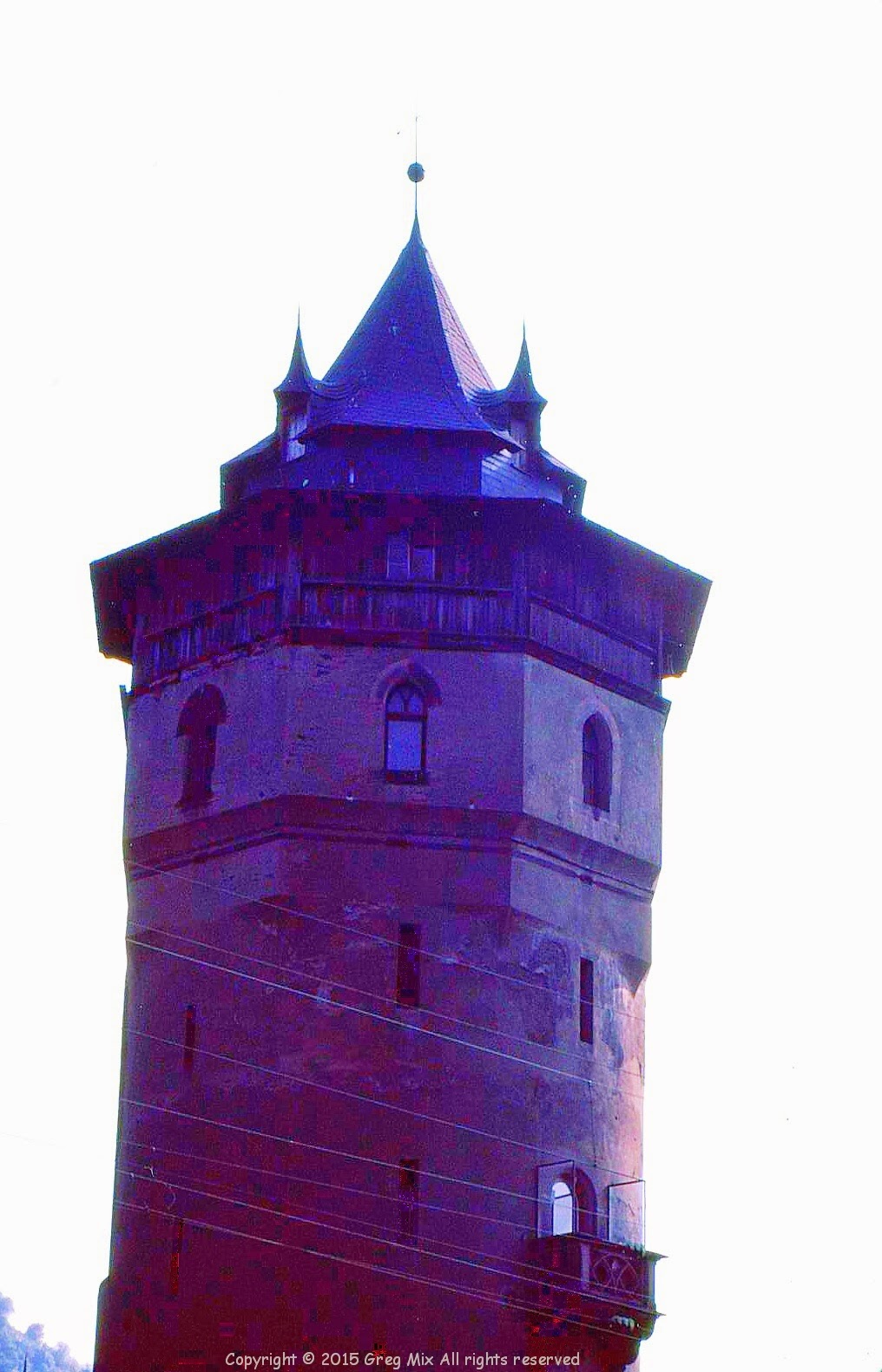 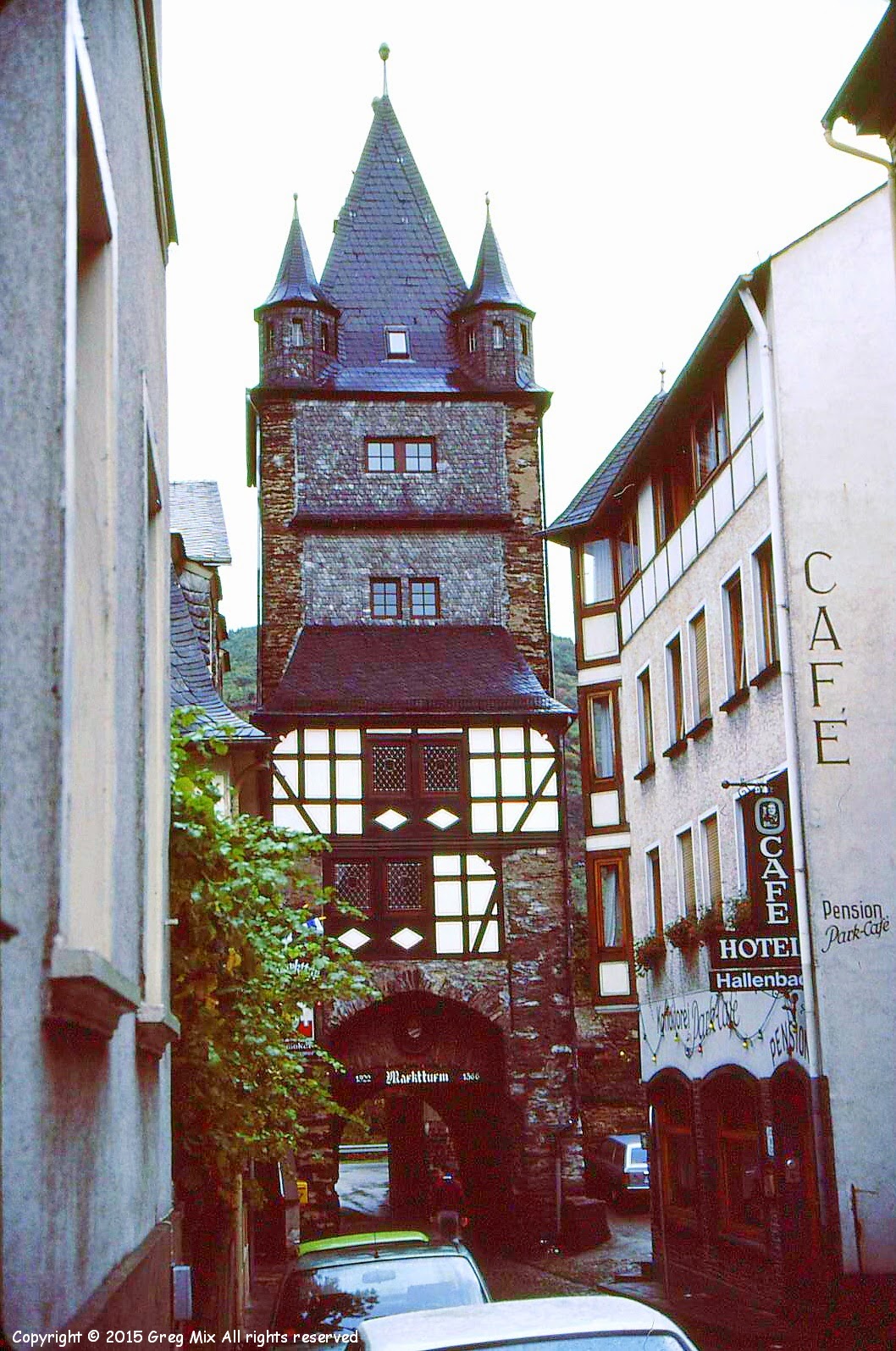